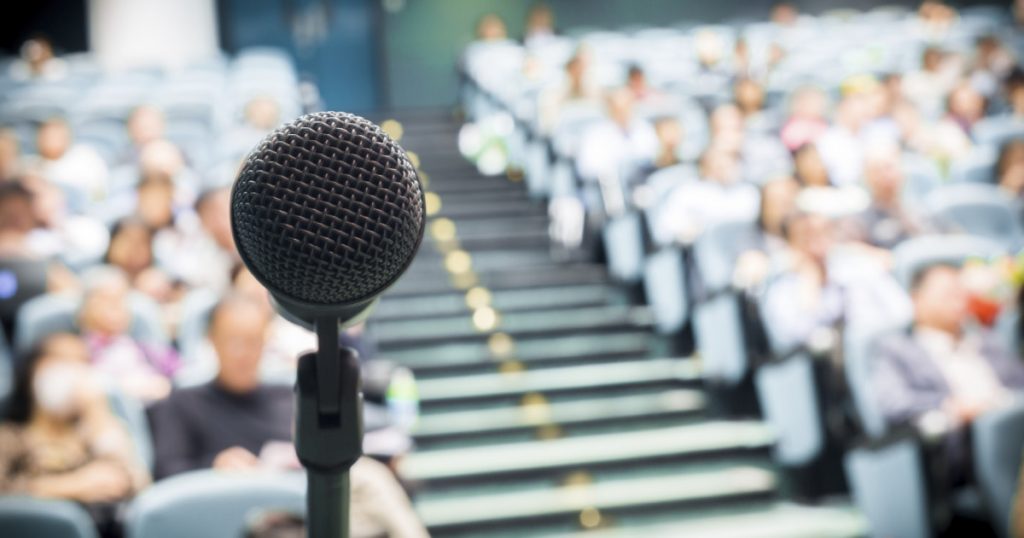 In 1871, there was a boy born in the state of Indiana, in the USA. His name was Albert Edward Wiggam and the story of how this young man overcame his fear might serve as an inspiration to both you and I – In high school Albert Edward Wiggam was filled with fear at the thought of standing up in front of his class to deliver a 5-minute recitation. When the day arrived for him to do his recitation he became positively ill. Whenever the dreadful thought crossed his mind, his head would flush with blood and his cheeks would burn so painfully that he would go out behind the school building to press his cheeks against the cold brick wall just to try and ease the surging blushes in his cheeks. He experienced this all through high school, and then also all through college as well. On one occasion in college he carefully memorized a recitation beginning with “Adams and Jefferson are no more”. When he eventually faced his audience he was so overcome by fear that he barely knew where he was. He managed to gasp out the opening sentence – “Adams and Jefferson have passed away”. He couldn’t say another word. So he bowed and walked back to his seat amid great applause. The president got up and said “Well, Edward, we are shocked to hear the sad news, but we will do our best to bear up under the circumstances.” During the uproarious laughter that followed, according to Mr Wiggam death would surely have been a welcome relief. He was ill for days afterwards, he explains.

The story you’ve just read is a classic case of Glossophobia.

Do you know what Glossophobia is?

Glossophobia is simply the fear of Public Speaking, or could otherwise be stated as speech anxiety.

Luckily for me, in my personal experience Glossophobia has not had a debilitating effect upon my life. I delivered the eulogy at my Grandmother’s funeral way back in 1996, and I also spoke at my Mother’s 50th and also at a few weddings. And look truth be told I felt anxious just like Mr Wiggam did, but I was lucky enough to get through all of my speeches. That might only be because I was actually reading my speeches.

Furthermore, to Mr Albert Edward Wiggam’s story, BELIEVE IT OR NOT, he actually went on to become a Prominent Lecturerin his town and a Professional Public Speaker.

Now how on earth could this be? What was the reason for such a dramatic turnaround?

Herein lies the answer – Albert Edward Wiggam discovered that one of the surest ways to overcome the devastating fear of speaking in public was to get a record of successful speaking experiences behind him.

So, while you and I try to emulate Mr Wiggam’s success I’d like us to consider 4 Facts about the FEAR of Speaking in Public

FACT #1 – You and I are not unique in our fear of Public Speaking.

According to the Wikipedia article on the Glossophobia phenomenon, it is estimated that 75% of people suffer from Glossophobia.

FACT #2 – A certain amount of stage fright BELIEVE IT OR NOT can actually be useful.

Stage Fright is our body’s way of reacting to unusual challenges in our environment. So, when you feel your heart rate speeding up, or your mouth drying, or your respiration speeding up, don’t become alarmed. Because, it’s just your body ever alert to external stimuli, getting ready to go into action. If those physiological preparations are held within its limits, the stage fright will actually help you think faster, speak more fluently, and also speak with greater intensity than under normal circumstances.

Many speakers say that they still experience that anxiety just before they speak, and it may persist through the first few sentences of their talk. They actually learn to live with that stage fright and actually thrive on it. A Speaker who says he is as “cool as a cucumber” is usually also about as inspiring as a cucumber.

FACT #4 – The chief cause of our fear of public speaking is simply that we are unaccustomed to speaking in public.

For most people, public speaking is an unknown quantity, hence it is one that is fraught with anxiety and fear factors. The simple and easy way to develop the ability to Speak in Public is to practice, practice, and then practice some more. If we do that, we will hopefully find, as did Albert Edward Wiggam, that speaking in public can be made a joy instead of an agony simply by getting that record of successful speaking experiences behind us.

It was Ralph Waldo Emerson who once said “Fear defeats more people than any other one thing in the world.” Are you and I going to let Fear overcome us?

It is said that Public Speaking is one of the best methods to help you eliminate your fears and also to overcome your inferiority complexes. It is nature’s own method to help you defeat self-consciousness and to build up courage & self-confidence. I hope that Albert Edward Wiggam’s story and the 4 facts that you’ve just read helps you deal a death blow to Glossophobia. Good luck Friends!